Home » Blog » UCAN Youth Goes on Trip of a Lifetime

“You must be the change you wish to see in the world.”

We all know this quote that makes us feel close to Mahatma Gandhi’s legacy and impact, but not many of us get to experience the place where he became the “Father of the Nation.”

Anthony “Tony” Green, a UCAN youth and North Lawndale resident, didn’t expect to experience it, either.

Until he became a Peace Builder. 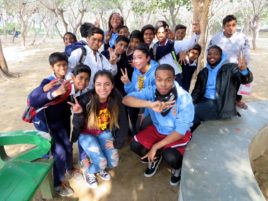 Tony, who has participated in UCAN Workforce Development programs for two years, and often volunteers for several UCAN activities, quickly became a standout nominee. He was ultimately selected as one of six young adults to participate in the Peace Exchange.

Their destination this year? India!

The Peace Exchange, a local Chicago nonprofit that UCAN proudly partners with, aims to “prepare young Chicagoans to be leaders, role models, mentors and peacemakers through education, transformational travel and outreach to youth.”  During this year-long program, youth spend roughly 80 hours learning about different topics, such as compassion and civil disobedience.  They then travel to learn about different perspectives of peace before returning to Chicago to mentor others.

In preparation for their trip to India, they also visited a domestic violence shelter, went on a tour of Illinois Holocaust Museum, and experienced a weekend retreat at which they learned about Gandhian nonviolence and the history, customs and culture of India. They also met with police officers to discuss how they can bring peace to their communities.

On December 26th, 2017 the group of Peace Builders set off for India for their two week trip, accompanied by a three piece documentary crew from Free Spirit Media. 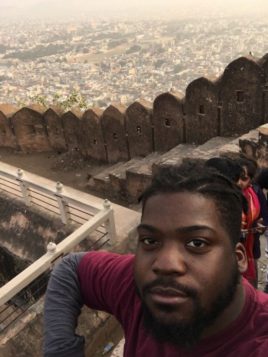 “For me, it was a great trip,” Tony says. “It added more fuel to my fire, for my passion to bring peace to my community. It was my first time out of the country and I really enjoyed it. I didn’t expect it to be as fun as it was, but we met some really nice people. We met with people that talked about peace and nonviolence, and their perspective on how they see peace and maintain a peaceful life. It was really eye opening.”

Over the two weeks, the group traveled through the heavily populated streets of New Dehli to Jaipur and finally to Agra. The group went to Lodi Gardens, where they met with the nonprofit group Standing Together to Enabled Peace (STEP). They visited Hazrat Nizamuddin Dargah and the community of Nizamuddin West before heading to Casa Dehli, where they spent the morning with a guru and participated in a yoga class.

In Jaipor, they were hosted by AhimsaGram, with whom they went on a New Year’s Eve camping trip.

“I’ve never been camping, so it was really nice,” Tony reflects. “It was a very cool experience.”

Once in Agar, they visited the famed Taj Mahal, where Tony was amazed at the detail of the building. “I was thinking, how did they do that? Being able to make a structure like that without the tools we have today… it’s amazing. It was very beautiful.” From there, they visited many temples (one in which they helped out in the kitchen), and met with Professor Prabhjot Singh, director of The Roots Performing Arts Society who led them on a discussion of peace, nonviolence, and art. As the trip came to a close, they visited Gandhi Smriti, a museum dedicated to Gandhi.

Tony and the Peace Builders returned January 7th, and he’s still reflecting on the experience. “I really stepped out of my comfort zone. I got to do a lot of things I haven’t done before. If you asked me a few years ago to leave the country, I would have never done it. But now, I’m so glad I did. I see myself doing more; being more involved in the community and with UCAN. I’m just looking forward for more opportunities to learn and participate. I love to help, and I know I can definitely help in my community now.”

Tony and the Peace builder’s next step will be visiting youth in groups and classrooms to share his experience and teach them about peace. He truly is going to be the change he wants to see in the world! 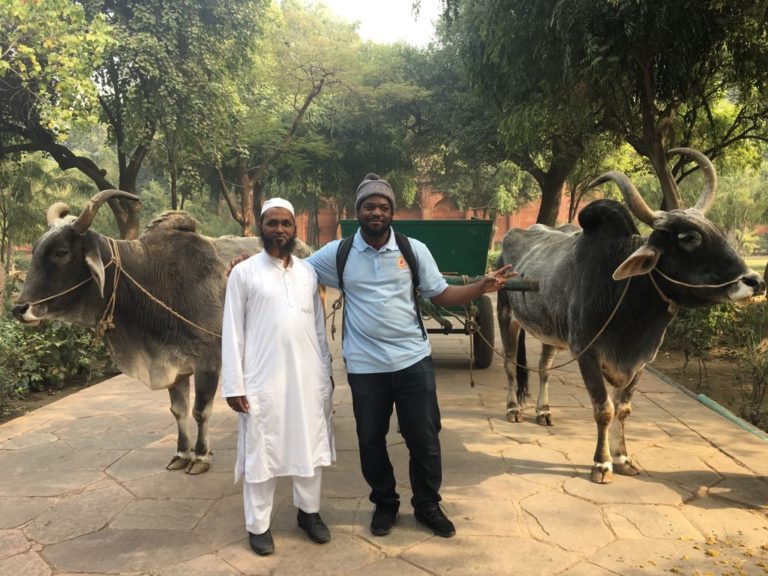 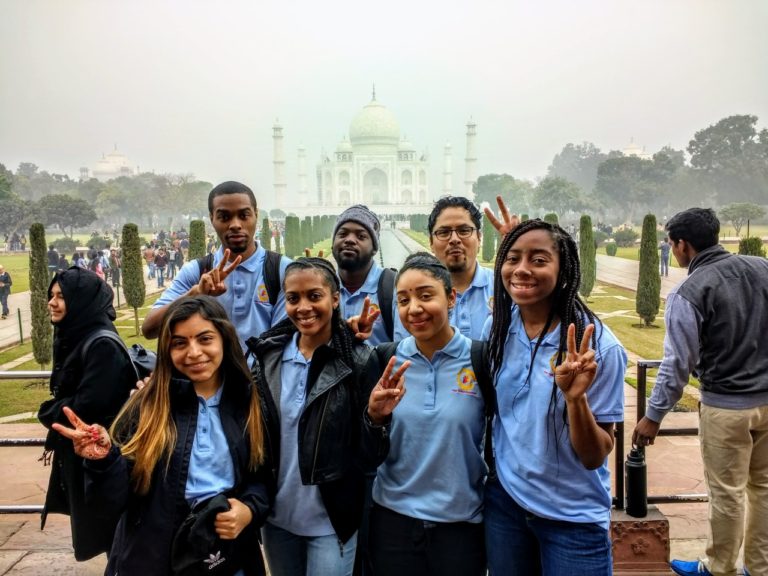 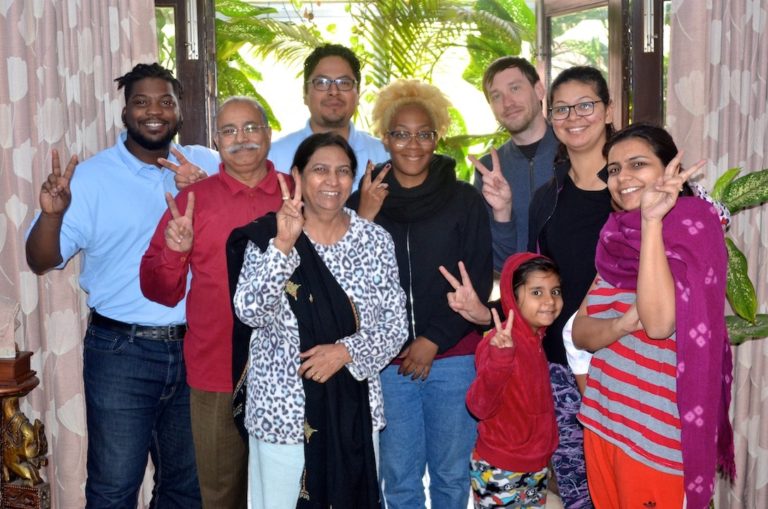 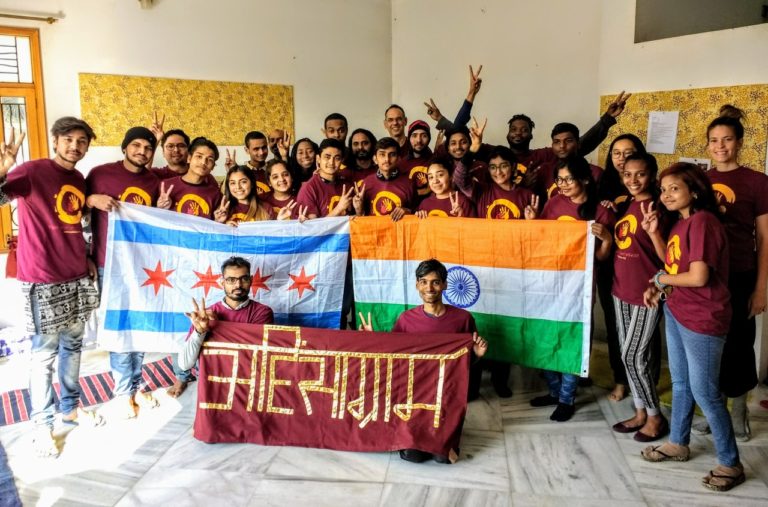 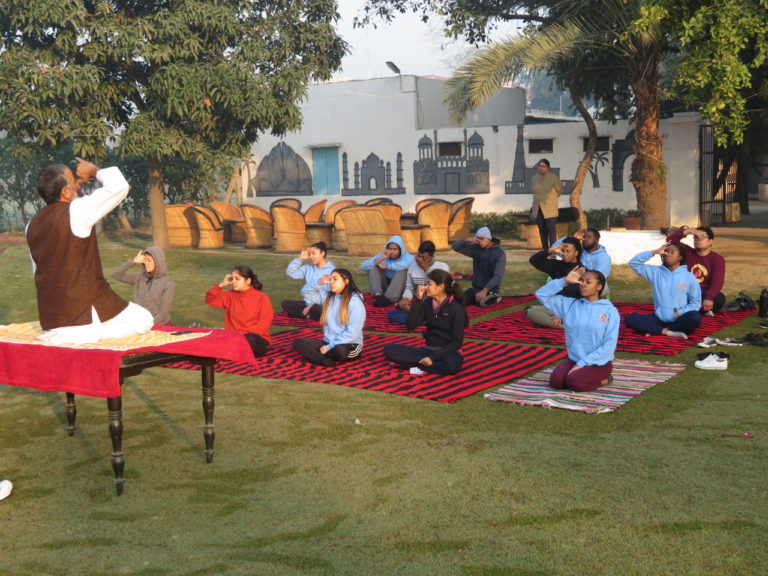 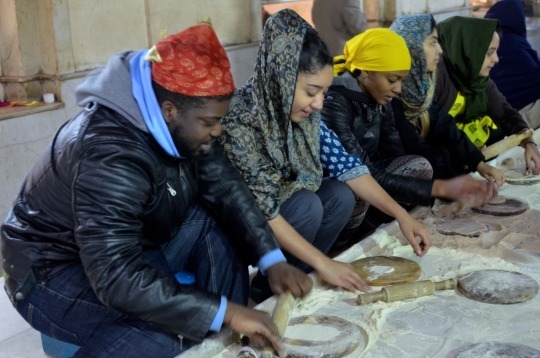