Fred started out as a lawyer, practicing all types of law. Eventually, he burned out. But he’d met many people in Springfield over the years, including politicians and legislators, and that’s when the idea of becoming a lobbyist struck him.

“It’s easier said than done,” he explains. He began with a nonprofit he was representing pro bono for a friend, and shortly thereafter, was introduced to UCAN.

“I was at a meeting for the Chicago Business Leadership council when Tom [VandenBerk, UCAN CEO Emeritus] and Fred [Long, Vice President of Development] came in to present. At the time, they were seeking funding to build the North Lawndale Drost Harding Campus. I offered to help them in Springfield, and ultimately Tom gave me a shot. That’s how I really established myself in Springfield.”

He needed a strategy to quickly and effectively present his client’s position. “I found that you come in with an information sheet, outlining exactly what your bill says and what it does, and how it’s going to affect your client. They can make a good assessment,” he adds.

“For example, I have a bill a year in the making,” he continues. “At first we faced a lot of opposition to it, but after a lot of back and forth and us explaining, they finally came on board. It’s finally close.”

For private child welfare agencies like UCAN, the biggest issue is always funding. “Right now we have a bill, trying to get reimbursement rates from DCFS. It’s been tough, after having the budget impasse, so the ask is hard. But we have to compel upon them that they really have to do this so we can deliver the types of services these kids need.”

The bill is SB2547, an amendment that would increase reimbursement rates for private child welfare agencies, such as UCAN, which serve 85% of youth in care in Illinois (on May 1, the bill passed the Illinois Senate and will move to the House).

“When (Gov.) Rauner first came in, he wanted to defund foster care for youth emancipating from the system: 18-21 year olds,” Fred recalls. UCAN, among other agencies, took action. UCAN leaders and youth went to Springfield to talk to the governor  and explain the need for youth who are transitioning out of direct care to be supported. In the end, he agreed.

“UCAN supporters can help by expressing to their representatives the need that exists. It’s always helpful to have as many voices as you can making the ask. It’s important that the representatives understand this is what the people want,” he says.

Your voice matters. Use it!

Help us stand up for our youth who have nowhere else to turn.
Demand that the Illinois House help the state become a better parent by joining the Senate in passing SB 2547 that will help us improve support of youth in care. 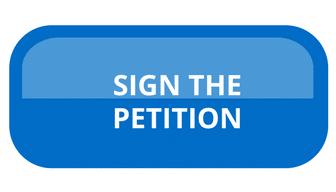 Our petition will be delivered to Springfield by UCAN youth advocates, and presented to legislators to show support creating a sustainable methodology to continue increases rates in the future.