Home » Personal Stories » Primary Clients » Throw It In The Fire

For many of the youth, this is their first experience with acting, though some have dabbled with school plays. Express isn’t meant to feel like therapy, it’s meant to let the youth experience a wide variety of emotions through the embodiment of another character.

“We named it Express because the goal of it is to allow youth to express themselves in any capacity,” says Dejanae Byrd, “whether that was through their body, their words, through their facial expressions or emotions, or through their writing. All of our youth have practiced writing scripts and monologues.”

The group begins each meeting with a game called “Throw It In the Fire” in which they go over their day and then “throw it in the fire” to be rid of any residual negativity from the day.

“A lot of our youth have experienced significant amounts of trauma and it’s easy to resort to anger, so we wanted them to be able to explore a wide variety of emotions,” says Dejanae. “That was a goal, as well as to develop social skills like communication, empathy, understanding other people’s view points, and conflict resolution skills.”

“Express, to me, is a group of different personalities and different backgrounds coming together to create magic,” says participant Christopher Bell. “Express is my safe haven to be myself and to be creative.”

Acting requires self-reflection in a similar way that therapy does; it requires exploring parts of the mind and oneself. Exploring these emotions through the eyes of a character can open doors to new discoveries about oneself.

“In Improv specifically, you can explore different types of emotions without having to personalize it. In that way youth are able to expand their emotional repertoire without having to take it too seriously – they can just have fun with it.”

The Express program performed at UCAN’s 2nd annual Kickback and Peacefest last month. Check out the pictures below! 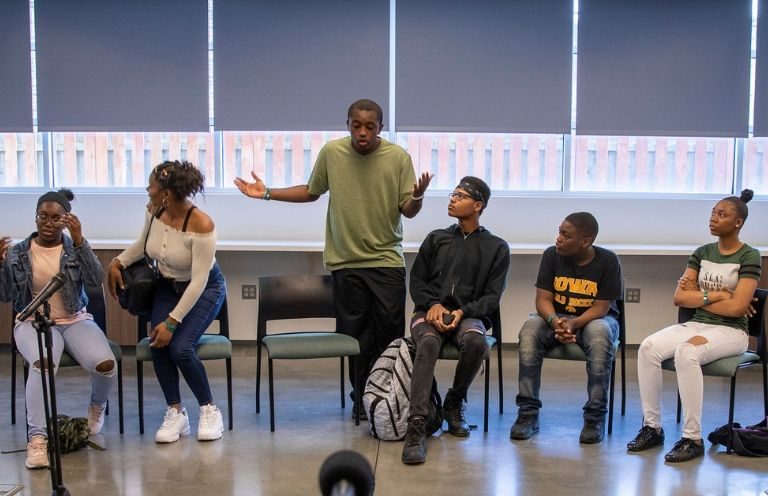 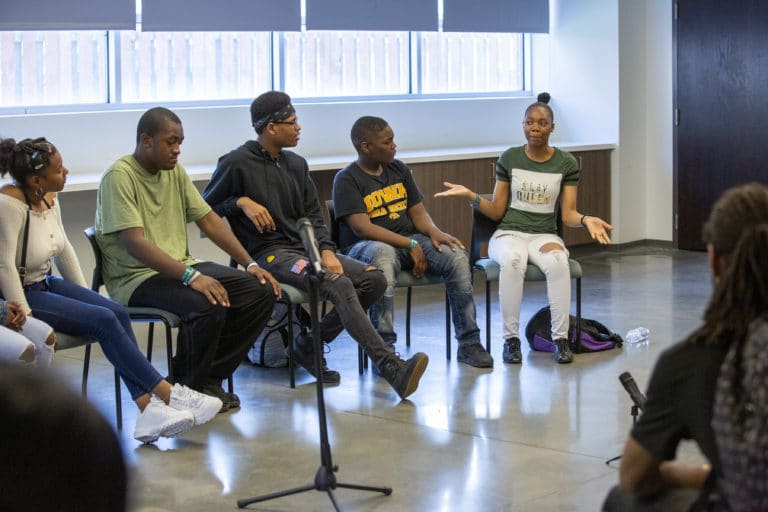 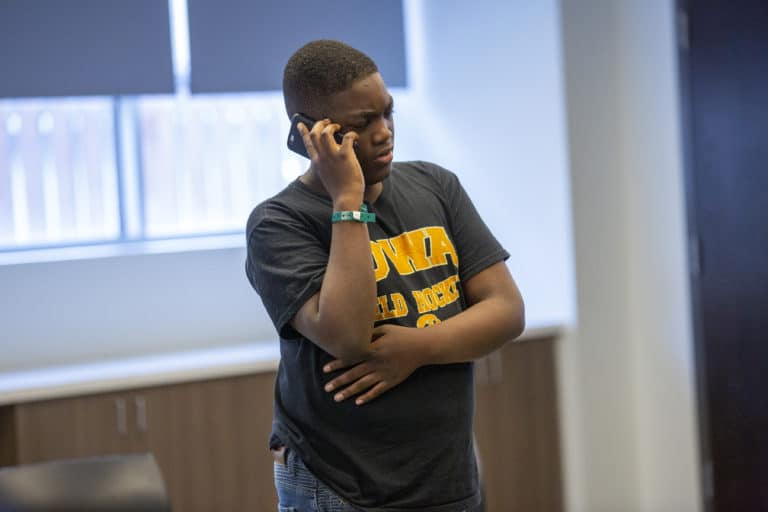 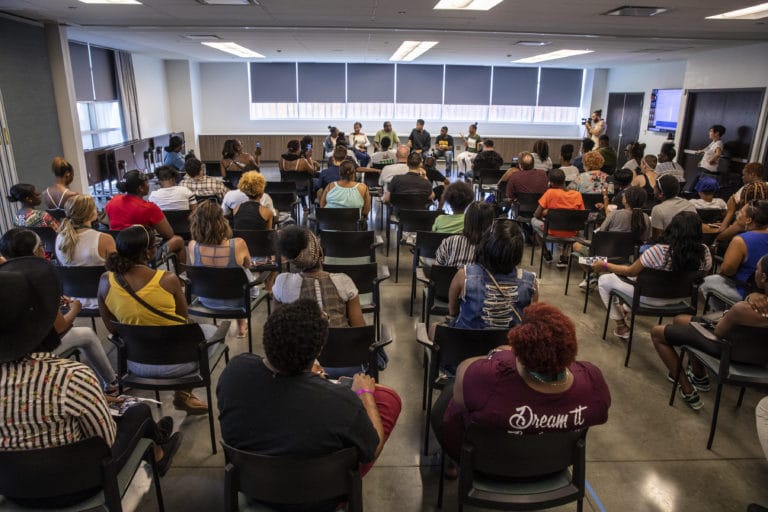 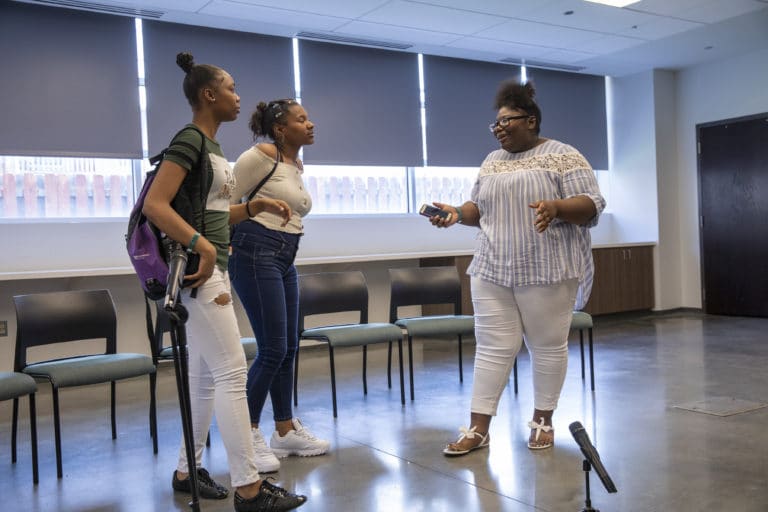