“People think, ‘What’s my calling? What am I doing that’s important?’ There’s many calls to answer. Pick up the damn phone already.”

Over the past year, Chuck Kent has dedicated his time and talent to UCAN through a new interview video series: Chicago Tomorrow Interview’s Chicago Today. In it, UCAN youth interview current leaders in the fields they hope to one day lead.  He got the idea for the project from doing a similar project with is daughter when she was in college.

“I did this as a networking thing with one of my children,” he recalls. “She made it work. She connected with people, and I thought, ‘Well I can do that much for other youth.’ [The UCAN youth] are really just killing it when they get there. They are great representatives from UCAN.” 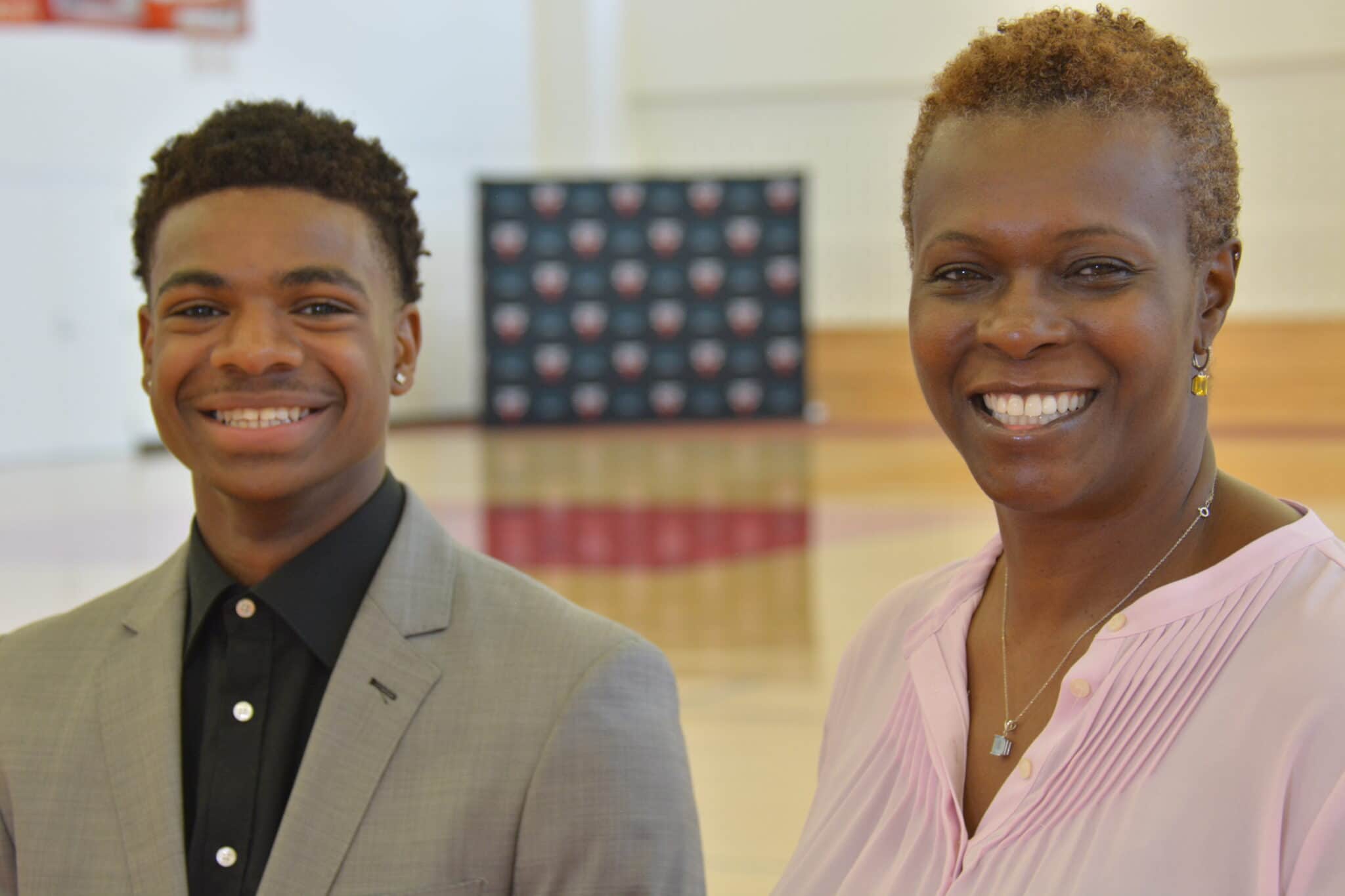 Not only does the series give youth the opportunity to ask questions about their field of interest and connect with a Chicago leader, nearly all the interviews feature a young person of color interviewing a professional who is also a person of color.

“The power of a mirror,” says Chuck. “Our interviewers are getting to meet some interesting and often powerful people who look like them, and that’s really cool to watch.”

But the youth aren’t the only ones learning. “By the nature of being a facilitator, to make sure the interviews go well, it forces me to listen well, so it allows me to hear things I don’t usually get to hear, so I learn things every time.”

For Chuck, the series is also an opportunity for him to use his personal skill set to help others. “One of the things I like about the interview series is I feel more like a facilitator than a doer. It’s really not my place to speak for the young people of UCAN or UCAN, so I feel good being able to provide an avenue for the voices of UCAN.”

Chuck grew up in a church and was always very involved in church, so volunteering has always held a special place in his life. His family joined the St. Pauls congregation in 2012, and he slowly began learning about UCAN.

“It was really the Polar Peace March where I first got to meet UCAN youth,” he recalls. “I invite people to get involved in UCAN in some way so they can have a personal encounter with the young people. Drop in on the Youth Peace Summit [in November]. I remember seeing some young people speak at that and being able to talk to them afterwards and just being blown away.” 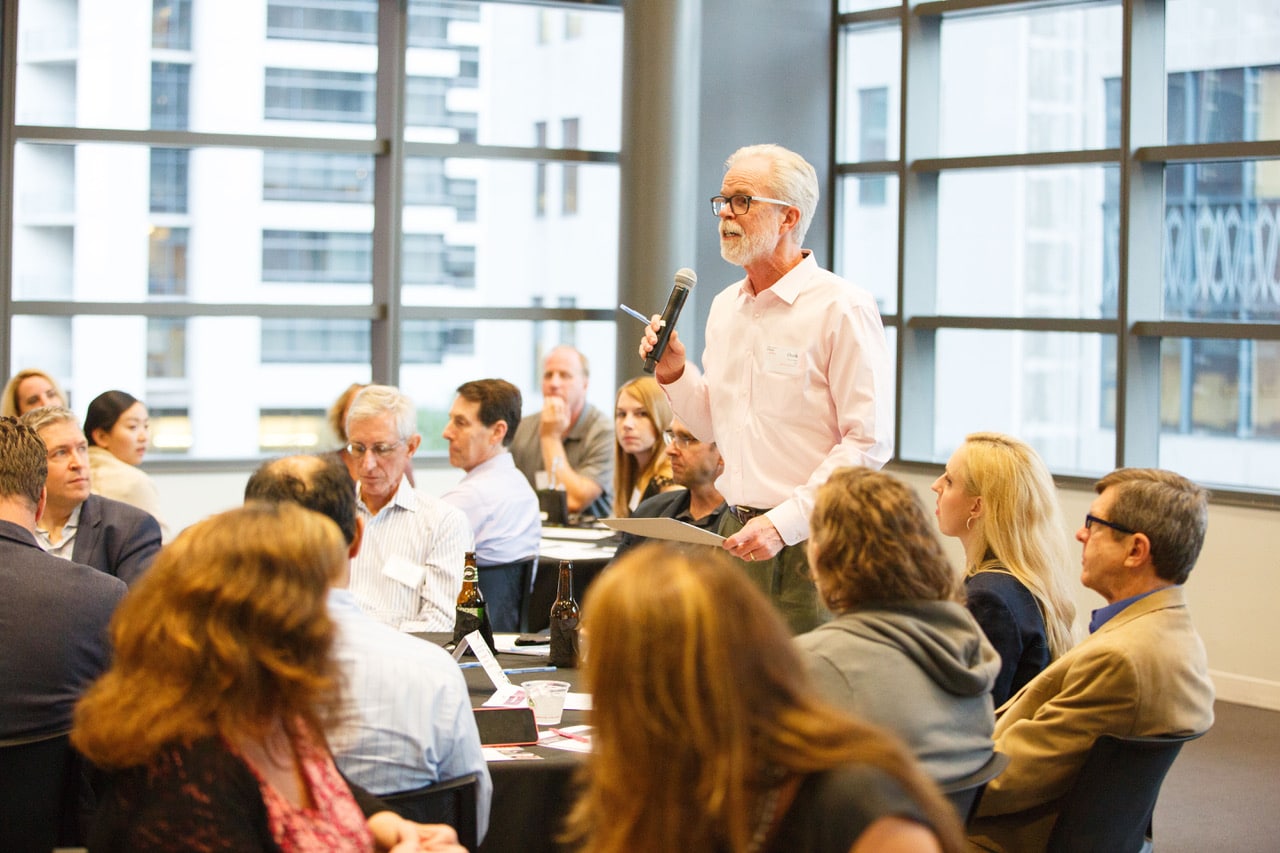 But Chuck realizes many people may not be sure how to get involved or how their skills can help young people. “I think there is this great sense of frustration right now… but there is something you can do. We are in such a star-centric culture people think, ‘If ‘I’m not doing something big then it doesn’t feel meaningful.’ Since I, for myself, look at everything through a Christian lens, I don’t think God cares about the scales, I think God cares if I ran into somebody today that I had an opportunity to love and did I take that? Even if it was to love them in a moment, for a moment.”

Chuck advises, “embrace every available gesture” because no gesture is small. “People think, ‘What’s my calling? What am I doing that’s important?’ There’s many calls to answer. Pick up the damn phone already.”

One gesture can change a life of a young person, and in turn, their future. “We all have to consciously step into the future if we don’t want it just shaped around us,” says Chuck. “So you have a couple of choices: you can let the future be shaped for you, or you can step into the future and help shape it. And it’s not just the future of the society but also your own personal future. Now that I’m of the age where I get to choose what I do, I don’t want to just sit. I want to do something engaging. I want to do something meaningful. I have these skills… what way can I bring what I have and create a new future for myself and for at least a few people around me?”

For Chuck, the answer to that question is connecting others and with others. “However I can insert myself into a learning position, and hopefully a growing position, that puts me on any sort of a bridge between worlds I get excited about. And I see UCAN as being a major bridge. So I see this as one of my best investments of time and treasure.”