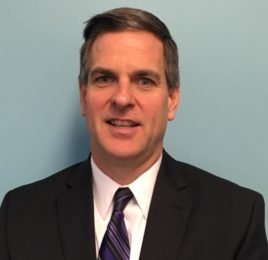 Effective July 1, 2016 UCAN’s Board of Directors announced that Zack Schrantz would assume the role of President/CEO succeeding Tom Vanden Berk, who transitioned to the role of CEO Emeritus.  Zack previously served as President and Chief Operating Officer since 2010.

Since joining UCAN in 1990 as a caseworker in Relative Foster Care, Zack successfully managed increasingly responsible management and policymaking roles at UCAN which spanned across broad areas of the agency including youth and family programming, administrative and operational functions  and fiscal management.

Highlights of Zack’s tenure at UCAN include leading:

In addition, Zack is a staunch advocate of UCAN’s comprehensive diversity and inclusion efforts; striving to set a standard for the non-profit industry around diversity.  He was a visible leader in UCAN’s minority supplier diversity initiative that successfully engaged minority- and women-owned businesses to design and construct the organization’s new $41 million Drost-Harding campus in Chicago’s North Lawndale community.  This initiative was one aspect of complex, multi-year plans to move UCAN’s main campus to North Lawndale, which included development of community engagement plans and moving multiple UCAN offices across the city to the city’s West Side.

Zack continues to be instrumental in UCAN’s ongoing efforts to implement diversity and inclusion as a cornerstone of its operations, including board engagement, leadership development and the organization’s nine staff led affinity groups which engage employees of various ethnicities, interests, and backgrounds.

He has served on multiple boards and advisory committees, and is co-chair of the Child Welfare Advisory Committee (CWAC), a Fellow of Leadership Greater Chicago and a former board member of the Child Care Association of Illinois.  He previously served as a Change Network Facilitator for Thrive Chicago and as a member of the board of Rebuilding Together Metro Chicago.